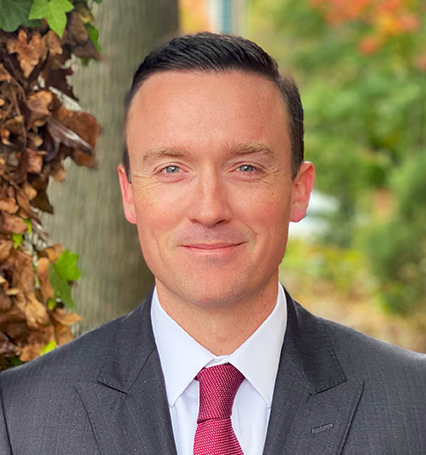 Nicholas K. Beeson is a trial attorney with extensive in-court experience who specializes in criminal defense and personal injury matters.

Prior to joining Ciccarelli Law Offices, Nick spent nearly 7-years as an Assistant District Attorney with the Montgomery County Office of the District Attorney. As an Assistant District Attorney, Nick was in court on hundreds of cases, including numerous jury and bench trials as well as a wide variety of pretrial hearings and matters. Nick investigated and prosecuted matters involving sexual assault, domestic violence, simple and aggravated assault, drug possession and delivery, DUI, juvenile offenses, burglary, robbery, and economic crimes. Ultimately, Nick specialized in the prosecution of sexual assault and domestic violence.

Nick’s success as an ADA led to his promotion to the position of Captain of the Family Protection Unit- the unit specializing in sexual assault and domestic violence. As Captain, he oversaw the work of multiple Assistant District Attorneys and continuously assisted in the investigation of alleged crimes in every township and borough throughout Montgomery County. His years of experience investigating and prosecuting crimes in the Commonwealth leave him well prepared to defend and represent his clients.

Nick is a graduate of Villanova University’s Charles Widger School of Law.  During law school, he pursued his desire to become a trial lawyer and was selected to be a member of Villanova’s National Trial Team.  Additionally, Nick spent 2-years as an intern with the Chester County District Attorney’s Office.

Nick lives in Chester County with his family.