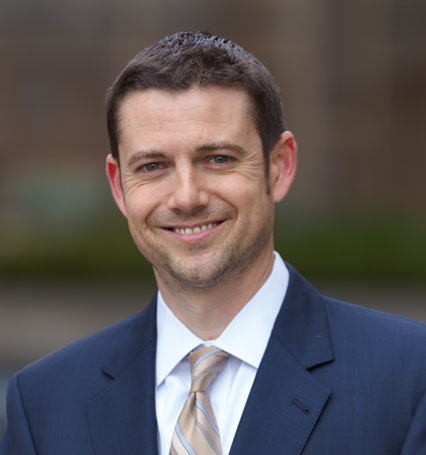 A native and resident of Chester County, Mr. Tebay has dedicated his entire legal career to fighting for the rights of victims, both in and out of the courtroom.

Josh spent the first half of his career as an Assistant District Attorney with the Bucks County District Attorney’s Office where he was responsible for the management and prosecution of hundreds of criminal cases annually. It was in this position where Josh honed his desire to fight for those who had lost the ability to fight for themselves through the criminal or reckless acts of others. Through daily court appearances, Josh worked closely with local and state law enforcement to help safeguard society from those individuals deserving the full penalty of law, while also ensuring the legal protections afforded to all citizens of Pennsylvania were strictly upheld.

In March of 2012, Josh left the service of District Attorney’s office to accept employment with the law firm of Wilkes and McHugh, PA – a nationally recognized Plaintiff’s firm specializing in nursing home abuse and neglect, as well as medical malpractice. This proved an easy transition for Josh, as he continued fighting for victims of injustice and abuse while helping to protect the community’s elderly and infirm from mistreatment, neglect, and indignity.

Now, as the Director of Ciccarelli Law Offices’ personal injury department, Josh continues to passionately ensure that those who have endured life-changing damages due to the negligence, carelessness or outright recklessness of another, have a strong voice.  Through his career, Josh has successfully recovered millions of dollars for clients injured at the hands of another, and the praise he routinely receives from his past clients speaks emphatically for itself.