Can I Get Ignition Interlock 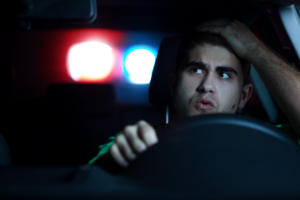 Learn more on how Penndot’s implementation of Ignition Interlock could effect you if you are facing Drunk Driving DUI charges in the Philadelphia metro area including, Chester County, Delaware County, Lancaster County, Montgomery County and Bucks County.

Do you Need Information on Ignition Interlock?

No one wants to lose their right to drive and many of us can not appreciate why the Courts and Penndot’s have taken are right to drive lawfully as a punishment for an error in judgment in driving after imbibing. This will help provide you a history of Ignition Interlock and provide guidance on how slow changes can impact you in the near future. To Learn more, contact the experienced dui lawyers of Ciccarelli Law Offices by chat, text, email or call (610) 692-8700.

As of 2003, the state of Pennsylvania adopted a tiered approach to DUI enforcement, implementing many changes to penalties, terms of suspension, requirements for ignition interlock and fines. These changes in the law focused on treatment for first-time DUI offenders as opposed to license suspension and punishment. In addition, the combination of the individual’s BAC level and any prior DUI offenses now determines the penalties and licensing requirements.

If you are facing DUI charges in Pennsylvania, we can help. Our team of attorneys have the experience, passion, and consideration to protect your future and your freedom during this difficult legal process. Contact us today at (610) 692-8700 or (877) 529-2422 with our main office located at 304 North High Street, West Chester, Chester County, Pennsylvania.

Impairment penalties in the state vary widely, depending on whether there are prior DUI offenses, and according to the driver’s specific BAC level.

As an example, a driver with no prior DUI offenses with a BAC from 0.08 percent to 0.99 percent face an ungraded misdemeanor, a $300 fine, up to six months of probation, and alcohol highway safety school when ordered by the court. The same person with a first-time DUI, but a BAC from .10 percent to .159 percent also faces an ungraded misdemeanor, however the penalties increase to 48 hours to 6 months in prison, fines from $500 to $5,000, a 12-month driver’s license suspension, and alcohol highway safety school attendance.

How Do Ignition Interlock Devices Work?

An ignition interlock device works in the same way a breathalyzer machine works, measuring the level of alcohol in a driver’s system. Should the amount of alcohol in the breath exceeds a specific, pre-set level, the device will lock the vehicle’s ignition, making it impossible to drive. When the driver wants to start the vehicle, he or she will blow into an ignition interlock device. If there is no detectable level of alcohol on the driver’s breath, the vehicle can be started. If alcohol is detected, the driver will be required to wait before re-testing.

Generally, when alcohol is detected the first time, the ignition interlock device will require the driver to wait a few minutes. If subsequent tests are also failed, the lockout time will increase. Random re-testing will occur, as the individual drives, to prevent consumption of alcohol after the initial breath sample. If, during one of these random tests, alcohol is detected, the engine will not turn off while the person drives (for obvious safety reasons); however, the ignition interlock device will signal the driver to pull over and stop the vehicle, usually by flashing the vehicle’s lights or honking the horn.

Ignition interlock devices are seen as beneficial, both to the offender and to the public. The devices prevent impaired driving, while still allowing those with a DUI conviction to drive to and from work, attend school, run errands and perform other essential tasks.

Ignition Interlock Devices in the State of Pennsylvania

Drunk driving is a preventable crime when ignition interlocks are used. Mothers Against Drunk Driving recently released a report showing how ignition interlocks potentially prevented 1.77 million impaired drivers from starting their vehicle—that is almost two million attempts by an impaired driver who could have potentially crashed into another vehicle, injuring or killing those inside.

Senate Bill 290 was signed into law in May of 2016. Known as the “ignition interlock law,” the law went into effect on August 25, 2017. Prior to this law, drivers were required to apply for an Occupational Limited License after serving a portion of their driver’s license suspension for a Pennsylvania DUI. The cost of the device ranges from $800-$1,200 to have the device installed, along with a non-refundable application fee of $65.00, paid to the Pennsylvania Department of Transportation.

Requirements for a Pennsylvania Ignition Interlock

Those who are not eligible for an ignition interlock device include drivers whose driving privileges have been cancelled or revoked, those who are not licensed to drive in the state of Pennsylvania, a driver whose license has been suspended under section 1532 (a.1), and an individual who violates section 3732 or 3735 (Homicide by Vehicle or Homicide by Vehicle while DUI). Additionally, a driver who holds a CDL cannot use an ignition interlock device to operate a commercial vehicle.

Can I Get Ignition Interlock with ARD?

ARD is Pennsylvania’s Accelerated Rehabilitative Disposition, which is a special pre-trial intervention program in the Commonwealth of Pennsylvania for non-violent offenders with no prior record, or a limited record. The primary purpose of the ARD program is rehabilitation of the offender, as well as the prompt disposition of charges. Because of this, defendants waive certain constitutional rights in exchange for ARD consideration. To be accepted into the ARD program, the offender must agree to conditions such as completing a substance abuse treatment or making restitution. A defendant under the ARD program is under a type of supervision which is similar to probation, and may be required to complete community service.

Offenders in the ARD program who are under a 30, 60, or 90-day license suspension who enter the ARD program on or after October 20, 2018, are eligible for installation of an ignition interlock device during the period of suspension. The offender on ARD must petition PennDOT for an ignition interlock device, the same as any other person applying for an IID. To regain your unrestricted license, you must have been violation-free during the last 30 days of your ignition interlock device period. PennDOT will then send you the removal notification letter and you can regain your unrestricted license. HOWEVER, as of the Summer of 2019, Penndot has not been actually been offering Ignition Interlock to potential ARD candidates who are seeking Ignition Interlock for their ARD period of license suspension. Stay tuned.