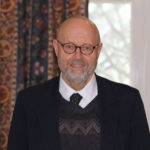 The Ciccarelli Legal Team succeeded in obtaining a full acquittal at jury trial in a felony strangulation case filed and pursued by the Montgomery County District Attorney’s Office.  The case was brought before a jury in May and the trial lasted two days before the jury entered a unanimous verdict of acquittal for the defendant on charges of felony strangulation and misdemeanor simple assault.  The Commonwealth alleged that a spouse had attacked and attempted strangulation after a marital fight.   Led by our senior litigator, Samuel Stretton, the defense disputed that there was every a strangulation and postulated that the alleged victim had actual precipitated the domestic dispute and was the aggressor.  Under relentless cross-examination, the alleged victim presented conflicting testimony that may have put her credibility in dispute with the jury.  After presentation of a defense that included testimony by the defendant and supporting character witnesses, a closing argument presented the faults in the government’s case.

Lawyers that are Ready to Fight

Are you or a loved one facing serious charges, domestic violence accusations, protection from abuse or felony charges such as strangulation?   Reach out to the experienced legal team at Ciccarelli Law Offices for a free initial consult.  We can be reached at (610) 692-8700 and defend felony strangulation cases throughout the greater Philadelphia metropolitan area including Chester County and Lancaster County Pennsylvania.

Under Pennsylvania’s Criminal Code, Strangulation (18 Pa.C.S.A section 2718) the Commonwealth can charge and seek a felony conviction if they can show that a person knowingly or intentionally impedes the breathing or circulation of the blood of another by:

(1)  applying pressure to the throat or neck; or

(2)  blocking the nose and mouth of the person.

(c)  Affirmative defense.–It shall be an affirmative defense to a charge under this section that the victim consented to the defendant’s actions as provided under section 311 (relating to consent).

(1)  Except as provided in paragraph (2) or (3), a violation of this section shall constitute a misdemeanor of the second degree.

(2)  A violation of this section shall constitute a felony of the second degree if committed:

(ii)  by a caretaker against a care-dependent person; or

(iii)  in conjunction with sexual violence as defined in 42 Pa.C.S. § 62A03 (relating to definitions) or conduct constituting a crime under section 2709.1 (relating to stalking) or Subchapter B of Chapter 30 (relating to prosecution of human trafficking).

(3)  A violation of this section shall constitute a felony of the first degree if:

(ii)  the defendant uses an instrument of crime as defined in section 907 (relating to possessing instruments of crime) in commission of the offense under this section; or

(iii)  the defendant has previously been convicted of an offense under paragraph (2) or a substantially similar offense in another jurisdiction.