Liability after a Ride-Sharing Accident with Uber 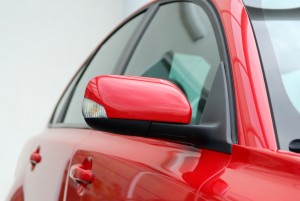 Where you need a ride from West Chester PA to Media, or a ride from shopping at the King of Prussia Mall to dinner in Wayne, PA, Uber is starting to be a more common way in both Center City Philly and suburban Philadelphia. Ride-Sharing arrangements, like Lyft and Uber, have become a popular alternative to taxis since the Pennsylvania Public Utility Commission granted both companies two-year experimental licenses.

Philadelphia was one of the last major cities to permit Uber and Lyft operations. Now Uber and Lyft drivers are available for fares throughout Philadelphia and the surrounding areas, including West Chester, Radnor, Plymouth Meeting, Malvern, Philadelphia, King of Prussia, Media, and Doylestown.

These ride-sharing companies have created a serious quandary regarding liability for occupants and other drivers following an accident.

Uber drivers are just as likely to get into are car accident as any other vehicle. However, the determination of liability is not as clear for Uber drivers as an ordinary driver of a vehicle or even a taxi driver. This is for two reasons.

As of July 2014, Uber provides the following coverage:

2. $1 million of uninsured/underinsured motorist bodily injury coverage per incident: In the event of an accident with an uninsured or underinsured vehicle (driver does not have the state minimum coverage) or a hit and run, Uber offers $1 million of bodily injury coverage per incident. This coverage covers passengers injured if another driver causes the accident.

3. $50,000/$100,000/$25,000 of contingent coverage between trips: Uber provides insurance protection when the driver is available and waiting for another fare. Insurance coverage is up to $50,000 bodily injury per individual per accident with a total of $100,000 and $25,000 property damage. This coverage is only available when the driver’s personal auto insurance declines to pay or pays zero.

Uber’s insurance seems adequate; however, there are still major issues, including:

When the aforementioned issues arise, it is likely the “other driver” will have to turn to the courts to recover damages incurred as a result of the accident. In addition to the physical damage to the vehicle, the “other driver” often must sue to recoup loss wages, medical costs, estimated cost of future medical procedures, and pain and suffering.

Pursuing a law suit against a ride-sharing company like Uber or Lyft will be a complex process. It is important to have an experienced personal injury attorney fighting on your behalf. The team of experienced attorneys at the Ciccarelli Law Offices will work as a team to recover all that you’ve loss following an accident with a ride-sharing driver.

Contact the team of attorneys at Ciccarelli Law Offices at (610) 719-3190 for a free, confidential attorney consultation.