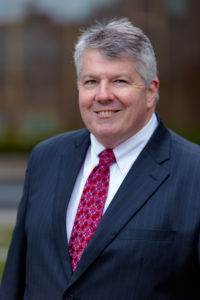 immunity comes from England law which basically holds “the King can do no wrong.”

In our democratic system, sovereign immunity applies to personal injury claims filed against the Federal or state governments. Governmental immunity applies to local government and its officials. The state of Pennsylvania operates under two separate laws governing the two types of immunity—the Sovereign Immunity Act and the Political Subdivision Tort Claims Act.

Under the Political Subdivision Tort Claims Act, lawsuits against local municipalities are prohibited, with the following exceptions:

Under the Sovereign Immunity Act, the Commonwealth generally enjoys immunity from personal injury lawsuits, however there are nine exceptions to this immunity which include:

Recovery against a Commonwealth party is limited to $250,000 per plaintiff (or $1,000,000 in the aggregate”) under the Sovereign Immunity Act. Plaintiffs who bring a personal injury case against the Commonwealth for a car accident may only claim the following damages: lost wages, pain and suffering, medical and dental expenses, property losses and loss of consortium.

As you can imagine, the exception of vehicle liability to immunity is employed fairly often, when employees of a governmental entity are involved in an auto accident. Police vehicles, emergency vehicles, fire department vehicles, a public school bus, and city vehicles all fall under this exception. Unfortunately, the threshold for showing the governmental employee was at fault is substantially higher when you are suing the government. Generally speaking, gross negligence must be shown in any car accident claim against a government entity. There are also additional special rules for emergency vehicles. If you are injured by an emergency vehicle during a real emergency, and the vehicle had its sirens and lights on, then your case is likely to be much more complex.

Prior to filing a lawsuit against a government entity, you may first file a claim. When filing your claim, you must describe the facts which support your claim with sufficient specificity as to allow the governmental entity to conduct a thorough investigation. You may be asked to place a specific dollar amount on the damages which resulted from the accident. You may need to include the total amount of your medical expenses as well as the cost for repairing your car. Your claim will be ruled on, usually within a period of six months. If the government admits your claim is correct, you will then receive compensation for your injuries. If your claim is denied, you may want to speak to a Chester County attorney in order to file a personal injury lawsuit.

If you believe your automobile accident involves governmental liability, it is definitely time to discuss your case with a knowledgeable Pennsylvania car accident attorney. The rules related to filing a lawsuit against a governmental entity are very complicated, requiring a unique, strict set of procedural rules. Further, because your time to file a personal injury suit against a governmental entity is so short, it is particularly important that you allow a Chester County car accident attorney to navigate the complexities associated with your case.