What Happens If You Are Caught With A Ghost Gun In Pennsylvania?

Laws surrounding ghost guns are changing quickly. If you are prohibited from owning a firearm under state and federal laws, you cannot buy, sell or create ghost guns either. These weapons are predicted to become more regulated over time.

What are Ghost Guns?

Ghost guns are being used as a way to work around gun laws. New legislation to regulate their use is being written all the time. These guns are:

Ghost guns allow gun buyers a way to bypass gun laws. It is illegal to have an all-plastic firearm because they are undetectable.

How Ghost Guns are Used to Circumvent Gun Laws

People who want to manufacture, buy or sell guns that are not legally allowed use ghost guns as a workaround. Here are some features that make them desirable to people interested in breaking the law:

In many states, these guns can be purchased at gun shows. Recently, Pennsylvania laws have become stricter in the case of these ghost guns.

Who is Prohibited From Owning Ghost Guns in Pennsylvania? 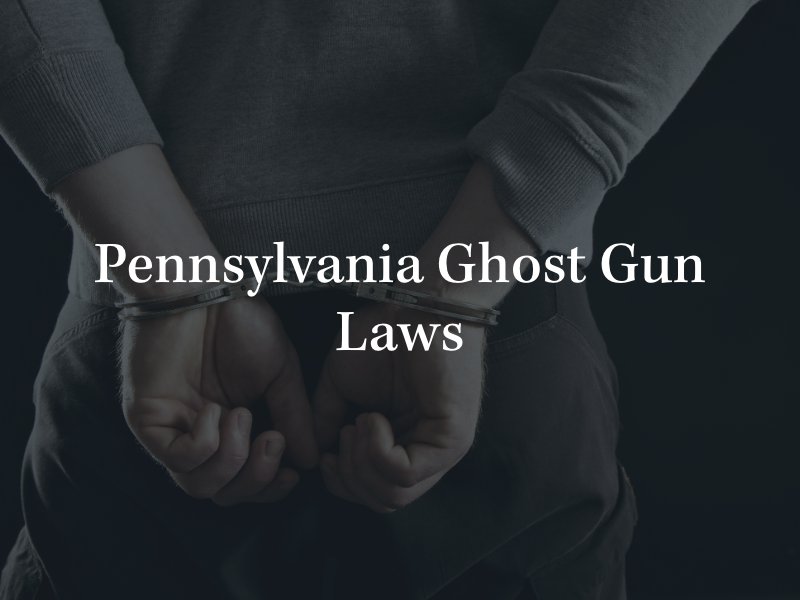 Until August of 2022, Pennsylvania law had not closed the loopholes where ghost guns were concerned. People who could not own guns bought them anyway through ghost gun kits.

They are not illegal to buy and put together in Pennsylvania, except for Philadephia, where they are illegal.  Some people are prohibited from owning, buying, selling, transferring, or having them in their possession.  The prohibited people are as follows:

This is not an exhaustive list. It is best to consult an attorney to make sure you are not among the prohibited. You should avoid ghost guns if you or someone who resides in your home is on the list of prohibited people.

If you illegally possess a ghost gun, you could face felony charges and a long sentence. Contact Ciccarelli Law Offices to speak with a Chester County criminal defense attorney specializing in Pennsylvania firearms violations for help if you have been charged with a ghost gun crime.