What Is The Pennsylvania Traffic Point System?

In Pennsylvania, driver behavior is monitored using a point system. The Pennsylvania Department of Transportation (PennDot) tracks moving violations utilizing this approach. If you have been charged with violating a traffic offense the criminal defense attorneys in West Chester, PA can help. 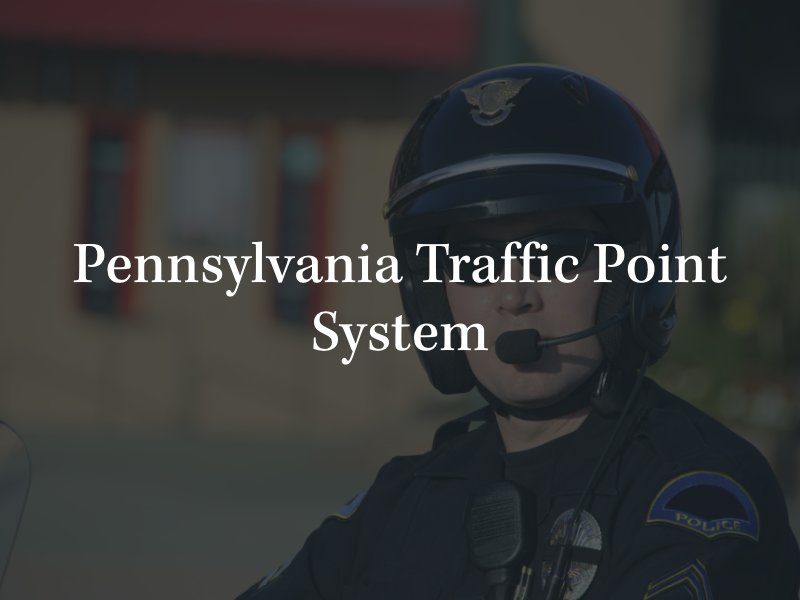 The Pennsylvania Department of Transportation has driving records for every licensed driver in the state. They keep up with information such as the following:

When convicted of a traffic offense, points are added to the motorist’s driving record. Citations have different point values. And as they accumulate, the penalties become steeper. Some of these penalties include:

The state’s point system can be confusing. Ciccarelli Law Firm has experts in traffic laws in the West Chester area, so if you need help navigating the confusing point system, they should be your first call.

Traffic Violations and the Points That They Carry

The point system was created so that high-risk drivers could be identified. Insurance companies penalize drivers with points, which provides some incentive to drive safely. Here are some common traffic violations and the number of issues assigned to them.

These violations add between two and three points to your driving record:

These violations lead to steeper penalties, usually between four and five points. They are as follows:

Of course, there are many more potential points violations. But this is basically how the system works. If you accumulate six points, your driving privileges are in jeopardy. It is best not to allow it to ever get to that point.

There are ways to clean your driving record up. And that’s important to do before you find yourself with a suspended license and skyrocketing insurance premiums to pay each month. Contacting Ciccarelli Law Offices is your best move. They understand the situation and can help you navigate the point system in the most beneficial way possible.