What Is Theft by Deception?

“Theft by Deception” is a unique crime that occurs all too often in Pennsylvania. This type of crime is more abstract than a run-of-the-mill robbery. In any case, it is crucial that people understand the gravity of such a crime on the life of a victim. To learn more about Theft by Deception, reach out to a Philadelphia theft defense attorney from Ciccarelli today.

What Exactly Is “Theft by Deception”?

Pennsylvania addresses Theft by Deception in its Crime Code. Title 18, Section 3922 defines Theft by Deception as the conscious intention to withhold or obtain property that belongs to someone else through the means of deception. In order to fulfill the relevant definition of “deception”, an offender must meet a list of criteria.

One is found guilty of committing deception if they:

There are some exceptions to these standards, however. The first criterion is excused if an alleged victim simply assumed the intention of an offender to honor a promise. Furthermore, Pennsylvania law stipulates that the word “deceive” does not include falsity to matters that don’t have monetary significance. In short, this means it doesn’t matter if someone lied to someone else about a matter that had nothing to do with the financials of a transaction.

Penalties for Theft by Deception 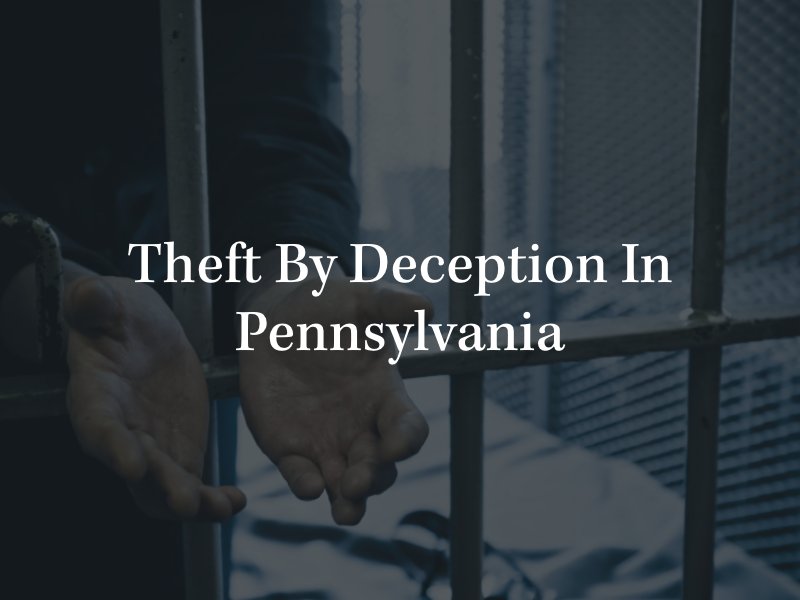 The severity of the punishment for a Theft by Deception charge varies based on the gravity of the crime itself. Depending on the amount of money involved in the theft, someone may be at risk for a felony charge.

There are a number of examples of cases in which someone may be guilty of Theft by Deception. An individual deceiving their grandparents into forking over a large amount of money for a new car purchase or someone falsely collecting donations for an animal shelter may be guilty of Theft by Deception. Of course, this rests on the fact that attorneys are able to prove theft and deception in a court of law.

Theft by Deception is a serious charge and can have lasting effects on the life of an individual. As employment, financial stability, and much more are up in the air with a Theft by Deception conviction, it is imperative that these cases are treated with the utmost scrutiny. To learn more about Theft by Deception or to consult a lawyer about your own case, reach out to a Pennsylvania criminal defense attorney today. We are driven to serve and ready to fight. Call us as soon as possible at (480) 613-2633.