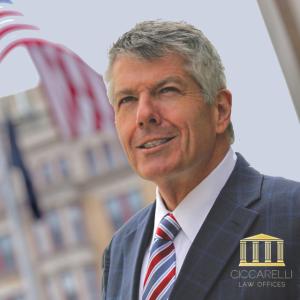 If you have been charged with any DUI offense in the state of Arizona, you are facing serious penalties if you are convicted of the offense—both criminal penalties and collateral damages. Arizona has some of the most severe penalties for DUI offenses in the United States, including jail time, loss of your driver’s license, stiff fines, and the necessity of having an ignition interlock device installed. It is important to know that DUI cases are defensible.

Far too many people believe there is nothing they can do to prevent a DUI conviction, so they plead guilty without a fight. A highly experienced DUI attorney can make a real difference in the outcome of your charges. An attorney from the Ciccarelli Law Offices can identify the unique issues in your case that, in turn, create the best DUI defense.

How Can Ciccarelli Law Offices Help You Through Your Chandler, AZ DUI Charges?

Do not take your DUI charges lightly—take the necessary steps to protect your future by making a call to the Ciccarelli Law Offices.

We also provide legal assistance to other DUI-related cases including:

What are The Most Common DUI Defenses Available?

If you’ve been charged with a DUI, the specific defense used in your case will depend on the circumstances and facts surrounding your DUI stop and arrest. Below are some of the most commonly used DUI defenses:

At Ciccarelli Law Offices, our Chandler DUI Defense lawyers represent individuals accused of DUI across the state of Arizona. We know that this is a scary time and we work quickly to protect your rights and freedom at every turn. Let Attorney Lee Ciccarelli help you when you need them most. We have extensive experience helping complex DUI cases in Chandler and throughout the state of Arizona. Contact us or call us today at (480) 725-6132.